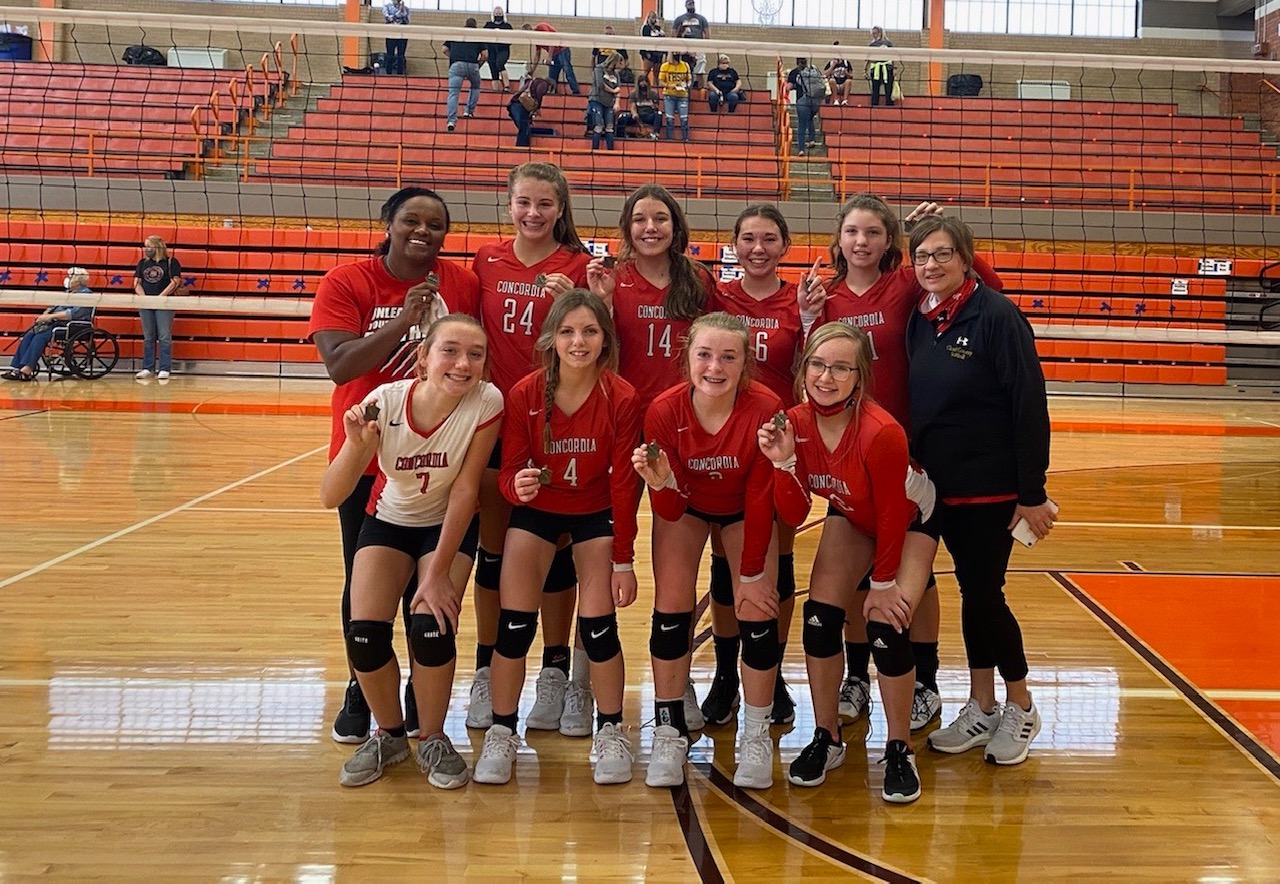 It only took 3 matches for the 8th grade Lady Panthers to win the NCKL League Tournament in Abilene on Saturday, Oct. 10, and repeat as the back-to-back league champions.

“Winning the league tournament back to back is tough to do,” head coach Laura Krier said. “This is just the ending we wished for and that is how tough these girls have been.”

They opened the tournament with a win against Wamego in two sets, 25-20, 25-13. Kinsleigh Bethune led the team with 8 straight serving points in the second set.

In the second match of the tournament, they faced Abilene. Abilene handed the team one of its losses earlier in the season.

“Our toughest game this season was Abilene, and it was again on Saturday,” Krier said.

In the tournament championship game, the Lady Panthers faced the Clay Center Bengals. Taylor McDaniel opened the first game with 12 straight serving points, and the team led from that point forward. The Panthers finished the tournament winning in two strong sets, 25-12, 25-17.

“Our momentum in that match was awesome,” Krier said. “We celebrated and pumped each other up. It was just fun to be a part of this special group’s success.”

The 8th grade team ended the season as regular season champs and NCKL Tournament champs, posting a record of 22-3.