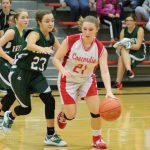 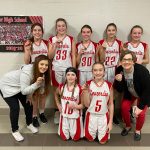 The 7th Grade Girls Basketball team earned a third-place finish at the end of the season league tournament held at Marysville Dec. 18-19. In the first round game, the Lady Panthers defeated Wamego, 36-13. In the semi-final game, they were defeated by Marysville, 38-41. They faced Fort Riley in the final round consolation game and defeated the

No Events This Week

Events are added by athletic staff.
View All Events